It’s no news that the blessings of electric cars are dangling upon us all. Automobile giants anticipate splurging over half a trillion dollars to manufacture, develop and bring high-quality craftsmanship to electric vehicles in the near future.

However, with companies spending such huge blocks of money on bringing seamless innovation to us, it’s evident that people are wondering, ‘how much will electric cars cost in 2030?’ Hmm.. now that question really is a nail-biter.

Luckily, we might be able to give you some insights on this plan gearing and revving up to take over significant markets and consumer chunks of the world – the pun is very much intended! So, without further ado, let’s check out all the fun facts and secrets about these zero-emission vehicles.

How Much Will Electric Cars Cost in the Future

Due to its higher average cost, producers may be tip-toeing about electric vehicle sales at the beginning right after they launch in full swing.

So far, the average price range is approximated to be somewhere around $50,000 to $60,000. However, the good news is, the price ranges are bound to decrease steeply when the manufacturers acquire economies of scale during production, posing a win-win situation.

Electric Car Price Prediction: Will All Cars Be Electric by 2030? The predictions are pretty hopeful for electric car sales in the future. China, Europe, and the US will lead the EV market by 2030. It’s also anticipated that one in two cars will be electric-powered by 2030. Due to increasing sustainability, and economic and environmental awareness in people all around the globe, it has become necessary to opt for carbon-less options.

Why Electric Cars Will Take Over Sooner Than You Think?

Car manufacturing giants like Jaguar, Volvo, and Lotus plan on selling electric cars by 2025, 2030, and 2028, respectively. However, more standard and mid-level companies within the auto industry are stepping in on this plan as well, including VW, Ford, and General Motors.

Moreover, VW anticipates 70% of its sales by 2030 to be dedicated to electric vehicles. And although many countries are preparing to ban diesel and petrol sales, it’s still quite unclear how they plan on doing so as the price of these cars might sky-rocket from day 1.

For a better perspective, General Motors’ EV1 cost around a billion to manufacture and develop, so for many users, it may not be the most cost-sensitive option initially. However, companies are still considering the chances of putting learning curves and economies of scale into perspective. By 2025, most cars will be electric globally, which could increase by 40% by the year 2030 and 100% by 2040.

Let’s look at a few solid reasons why electric cars might take over sooner rather than later.

Why Do Electric Cars Cost More Than Diesel or Petrol? Once you’ve invested in an EV, you will be delighted to know that they cost less than 5 pounds to power up, especially with the cheapest yet best portable EV charger. Public charging portals may be a bit high-end; still, the rates aren’t sky-rocketing as fuel.

The distinctions become much more visible when a petrol-driven vehicle compares to those in the electric vehicle charging stations. Moreover, with full EVs, people can ditch road tax as it comes with zero carbon dioxide emission and lists below 40,000 pounds overall.

The internal combustion engine and other parts of an EV have less movement and replacement costs which brings down the overall cost of ownership in the long run. Additional EV battery pack costs have declined significantly due to its growing demands all around the world, with an average of $128 battery cell prices per kilowatt-hour which is predicted to fall further to an average of $110.

In retrospect, a study in 2018 revealed that it costs around $1,117 per year to run and maintain a gas-powered car and costs about 23p per mile for petrol cars.

The global EV market growth prediction stands at around 39,208,000 units in 2030, with a projection of 8,151,000 units growth in 2022 alone. Due to the growing focus on electric car batteries environmental impact, passenger vehicles are predicted to acquire a larger segment in this forecast.

Vital manufacturers like SAIC, GM, Volvo, Daimler, Hyundai, Honda, Toyota, Nissan, BMW, BYD, Volkswagen and Tesla are becoming and gearing up to become significant players in this field and for the betterment of the future. The future of these ultra-technologies is all about EV batteries too. Thus, Asia currently possesses the highest DC charger numbers for e-charging, with Europe coming at a close second place.

Superchargers and their creation are also vastly spreading in the US, UK, China, Korea, and other North American nations. The good news is that low-price EVs are also powering up in this game, mainly in the Asian Pacific regions which can tell us a lot about how much will electric cars cost in 2030.

Chinese manufacturers like BYD and SAIC aren’t far behind either. In 2030, EV sales growth predictions are to reach 25.3 million, or 81% of all the new models. The Chinese domestic market share shall grow by around 48% and the US by 27% by 2030.

Overall though, the EV sales rate is also predicted to fall after 2030 as few markets will be unable to support this new change and transition due to cost-sensitive reasons.

Benefits Will Come, but at What Cost?

The question of how much will electric cars cost in 2030 can’t be explained thoroughly without elaborating on the challenges and restraints that the global companies and manufacturers are currently facing or will in the future. Let’s check out what they’re predicting to deal with shortly.

But, the main prices of these batteries come from the components within. The elements comprise 3% housing and other, 4% electrolytes, 7% separator, 12% anodes, 24% depreciation and manufacturing, and 51% cathode of the total cell’s cost.

As a matter of fact, approximately 40% of these cell components make up the overall costs. Other than these, 49% of external components also affect total costs.

In retrospect, a user shall spend around $478 per month on electricity for EVs and $3340 on gas for gas-powered vehicles. To get a better picture, refer to the comparison chart below.

Looking at Battery Prices: Will Gas Prices Go Down with More Electric Cars Looking at past data, EV battery prices have decreased by 80%. However, the average cost per unit of the vehicle has increased by 80% within the last decade. This phenomenon is due to factory shutdowns during Covid-19 and semiconductor and natural resource shortage.

Another issue is that manufacturers first promoted and sold luxury EVs before transitioning into affordable and mass EV production. On the contrary, we know that running and maintaining an EV isn’t as expensive as gas or petrol-fueled ones, but the issue is that they lack alternatives.

Since the introduction of EVs will cut immediate costs, and more fuel will become available, experts and economists predict that the overall cost will decrease due to high supply.

The EV’s Impact on Climate Change 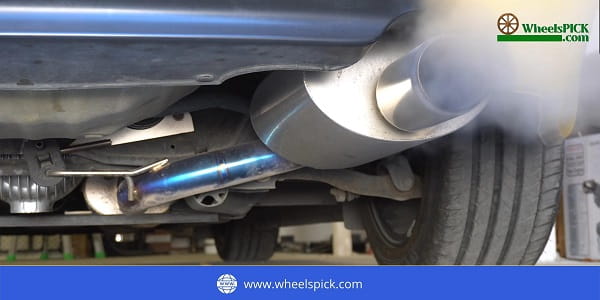 So, what’s the basic fact of EV’s power, and why is it integral to our planet and future generations? Good question. Here are a few facts and impacts on why EVs are becoming the norm.

Is It Realistic for All Cars to Be Electric by 2030?

In 2050, the predictions say that EVs will own around 60 to 70% of the roads but only if half the cars bought and sold are EVs by 2030. There’s certainly been a positive shift into the transition so far, and thus, automakers are pretty hopeful of this change.

They’re also ramming the production schedules as the sales records and forecasts show that more than half a chunk of cars will be EV by at least 2050, although completely transitioning into EV globally and giving up fuel-powered vehicles could take longer.

How Many Electric Cars Will 2030 Sell?

Light-duty EVs can reach 6.3 million sales records in 2021, which significantly boosts 102%. With that said, if the same trend continues, the sales record is expected to rise to 26.8 million, according to S&P Global Platts Analytics, by 2030.

Why Might the Price of Electric Cars Not Fall Before 2030?

EVs are becoming cheaper to make as years go by, with second-hand EVs about to shake the entire market and budget-conscious consumers. However, the tight supply on its own can pull up the prices significantly with some models that are extremely rare to find. Moreover, some components used to manufacture, design, and build EVs are extremely expensive.

Li-ion battery cells on their own have a shortage of supply along with raw material scarcity and plummeting demand. There’s also the issue of low charging points. People in the UK have to drive 2/3s to charge their EVs. This combined with cobalt and lithium insufficiency, can cause havoc in the market, causing EV prices to sky-rocket.

We somewhat have an elaborated picture on our main question; ‘how much will electric cars cost in 2030?’ But, now let’s address another potent question: whether these eco-friendly ideas are feasible enough to become commonplace in the future.

20% of all the cars sold globally plan to be EV by 2025, according to UBS reports. Moreover, this range will have a bigger leap by 2030 and increase to 40%. But that’s not all. By 2040, globally, virtually every car bought and sold will be electric-powered, which is yet another forecast by the UBS.

However, it’s noted that it could take around 20 years to replace or change global car fleets entirely; thus, the IHS also predicts that at least half of the car population will be EV by 2050, if not more. Nevertheless, all reports indicate that after 2030, around 50% or more cars will be electrically engineered.

Will Petrol and Diesel Cars Be Banned by 2030?

In order to keep up with all the environmentally conscious steps and procedures, the initiative to ban diesel and petrol cars rolled out. By 2050, the UK targets to cut carbon emissions to zero, which is why this significant chop will play an important role.

By the year 2030, global authorities plan to ban all fuel-powered heavy, light, and commercial cars. This ban will indefinitely affect the new EV sales. Although users can transact diesel and petrol cars after 2030 and hybrids after 2035, the resale values will fall terribly, and fuel-powered cars’ day-to-day maintenance and regulatory issues will increase.

The good news is electric vehicles will become the new normal within a few years. It’s a stepping stone for users and our planet, no matter the costs.

Global companies and users anticipate the growth of electric cars as it’s much more environmental-friendly, fuel prices are shooting up, and people are becoming highly concerned about future generations. And at this point, they’re ready to make a trade-off, given the steep prices for nature and people.

So, how much will electric cars cost in 2030? It would be a long shot to give anybody a concise answer at this point. However, the price ranges, predictions, and global planning should provide a good enough picture for now. We hope this informative article will also help enthusiasts timetable and invest smartly in the near future. Does Lifting a Jeep Cause Problems: Problems and Solutions